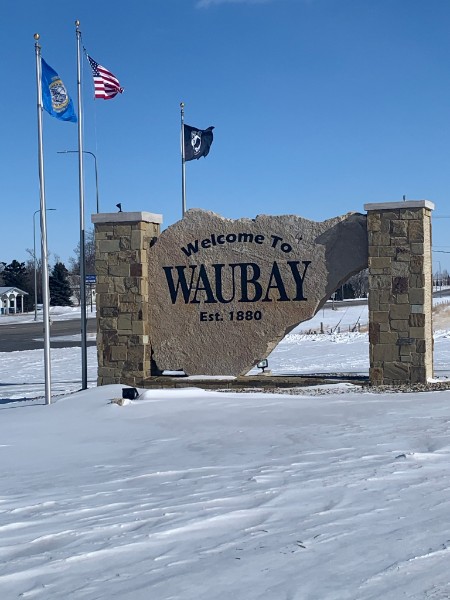 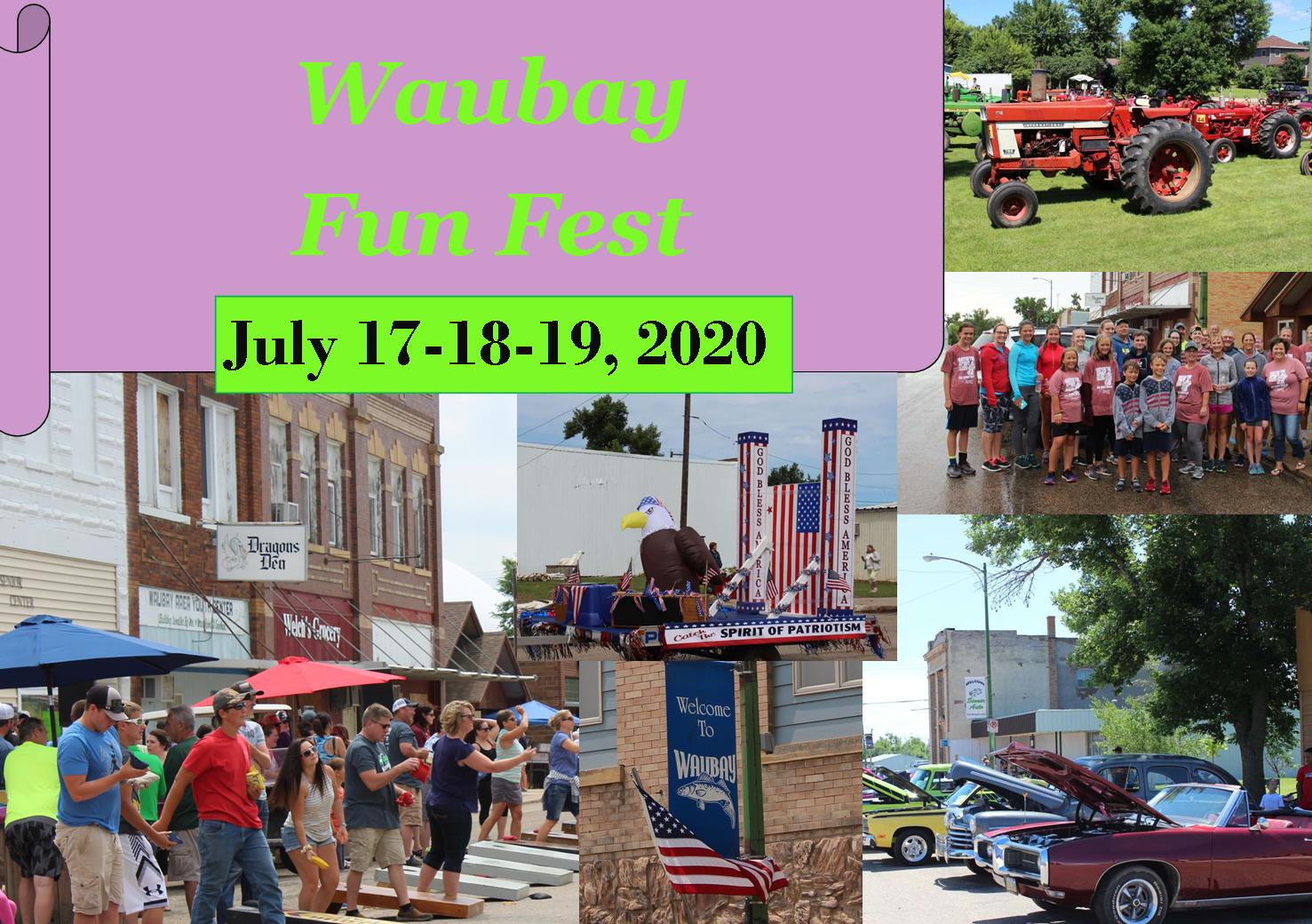 Early in 1880 the railroad reached Station 50, and the crew founded the town which was first known as Blue Lake. A post office bearing this name opened on Oct. 3, 1881.

Like many of the nearby lakes, Waubay bears the Sioux Indian name meaning "where the wild fowl build their nests."

Waubay has activities year-round. Fun Fest occurs around the third weekend of July followed by Frontier Days in August.

Funfest is a fundraiser for the Green Buffalo Club. The weekend is a great way to spend time with family along with helping the local club raise money for community improvement projects. This weekend usually includes an alumni supper, a parade, inflatables, games for kids, bingo, beer gardens, concessions, and a steak supper hosted by the Waubay Fire Department. To complete the weekend, there is a non-denominational community church service and dinner following.